As Christmas 2011 approached, a change came over Handan. Though she kept up her smile for the world, I could see the happiness draining from her eyes. She seemed agitated and distracted. I would sometimes wake in the night and hear her softly crying beside me. She would do this often in Afghanistan, and always for the same reason: she was away from her son, and the separation was rending her soul in two. Though we had seen him twice for holidays, it had been almost two years since she had lived with him. When she moved to Qatar in early 2010, she had to leave Barish in the care of his father, a Turk living and working in Kazakhstan. The plan was that Handan and I would bring Barish to Qatar once we were established there and I could enroll him in one of the international schools. Our goal was that summer of 2010. But as you may remember, we didn’t make it past June before we decided that Qatar wasn’t going to work out. We spent that summer in Turkey instead, and Barish came to stay with us for two weeks. But then we shipped off to war-torn Afghanistan, and there was no chance that Barish would be able to join us. That year in Afghanistan was brutal on Handan. The possibility of attack by the Taliban or Al-Qaeda was nothing compared to the anguish she felt each day she was away from her son. Some nights, she was inconsolable, but it was always worst after a Skype call. He was too young to understand her suffering. All he wanted to do was play with his action figures or maybe show his mother a video game during those calls. Handan smiled through a veil of tears and told him how much she missed him and how much she loved him. Typical of a seven-year-old, he would answer hastily that he loved her, too, and then he’d go right back to whatever toy or video game was commanding his attention right then. When the calls ended, she would collapse into the most disconsolate sobbing I’ve ever heard. It took more strength than I was given to remain steadfast in the face of such misery, and her tears would draw out my own. There were nights I thought she wouldn’t make it, that she would crack, or leave, or both. She is the strongest woman I’ve ever known, but even the mighty have limits, and I feared she was rushing headlong into hers.

When she received word in mid-summer 2011 that she’d been hired for the project in Vietnam, her relief wasn’t that we’d be leaving an increasingly dangerous region of Afghanistan. Her relief, and her tears of joy that day, were from the promise that she’d soon be back together with her son. We would first get ourselves settled in Ho Chi Minh City and then send for Barish in mid-January 2012, in-between school semesters. But that wouldn’t work out as planned, either.

In mid-December 2011, my wife was again careening towards her mighty limit, and this time she smashed right through it. She picked up the phone and dialed her ex-husband in Almaty, Kazakhstan. The words came fast and furious in Turkish. I had no idea what was said, but Handan’s passion and conviction rang through the streets, bringing neighbors to their doors. When the call ended, Handan opened her laptop and bought a plane ticket to Istanbul for that very same night. She packed no bag, but grabbed a light jacket by the door. We climbed onto our scooter, and I drove her to the airport. I dropped her at the security checkpoint and gave her a long hug goodbye. She was crying, but there was relief behind the tears.

Fifteen hours later, she landed in Istanbul. She deplaned and made her way through customs, where her ex-husband was waiting with Barish. She hugged her son, took his hand and his bags and led him back into the terminal towards the gates. Within an hour, they were back on the plane. Fourteen hours later, they touched down in Ho Chi Minh City. Handan hadn’t slept during the entire trip, and Barish had slept only fitfully, since he had already been on a six hour flight from Almaty to Istanbul before their flight to Vietnam. I met them at the customs gate, mother and son, reunited. I ushered my family, whole and complete at last, into a waiting taxi, and we drove back to our home through the rain-soaked streets of Saigon, as my wife and son drifted into sleep. 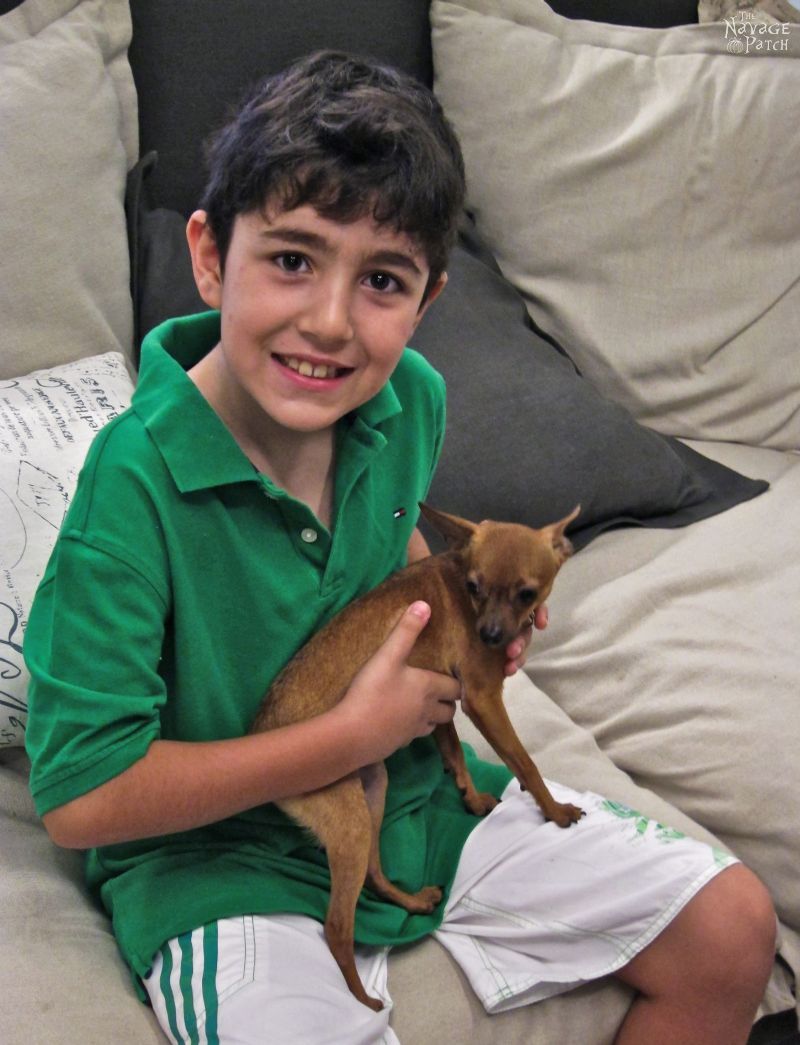 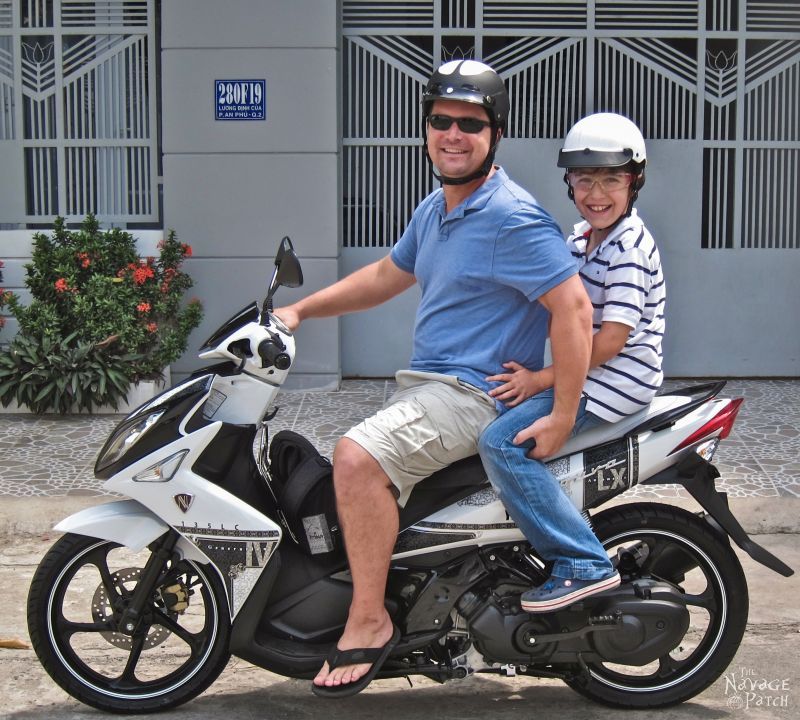 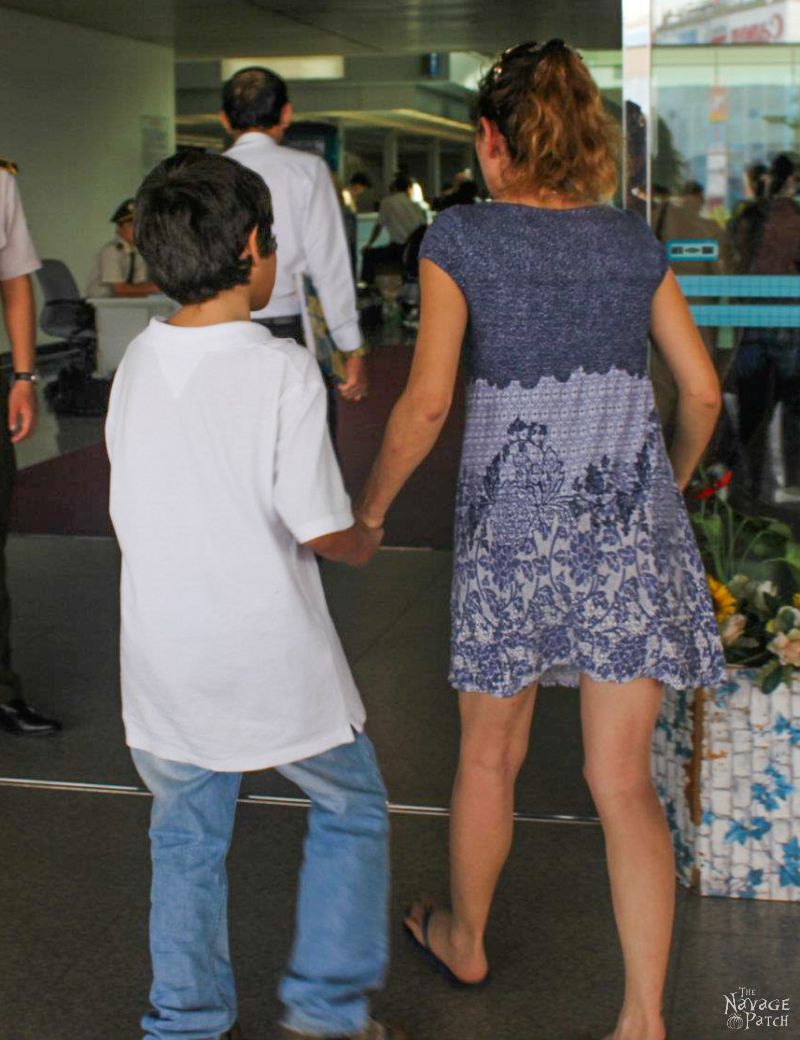 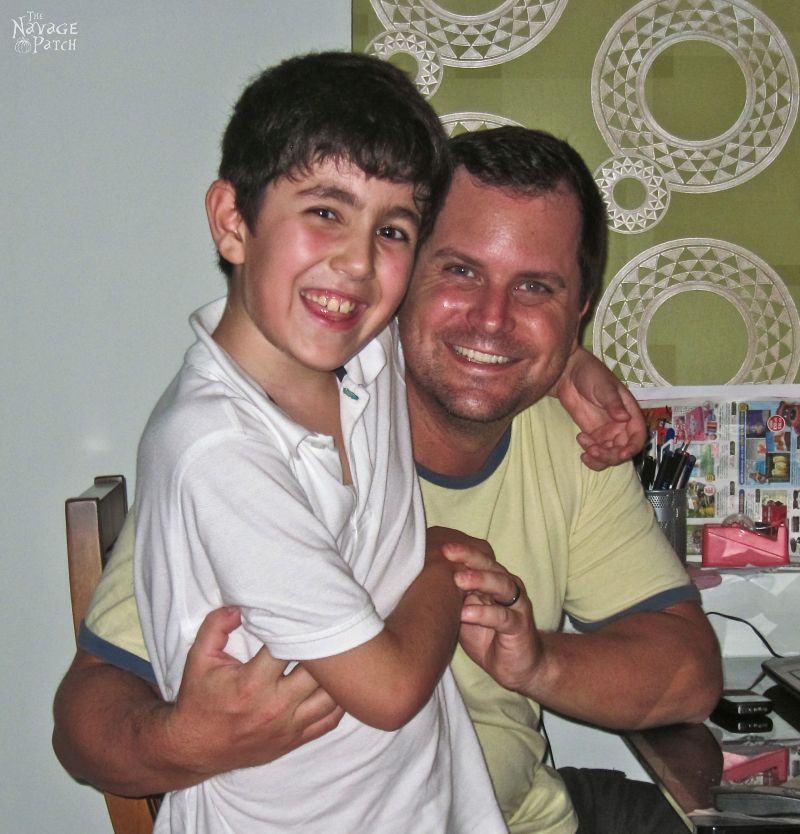 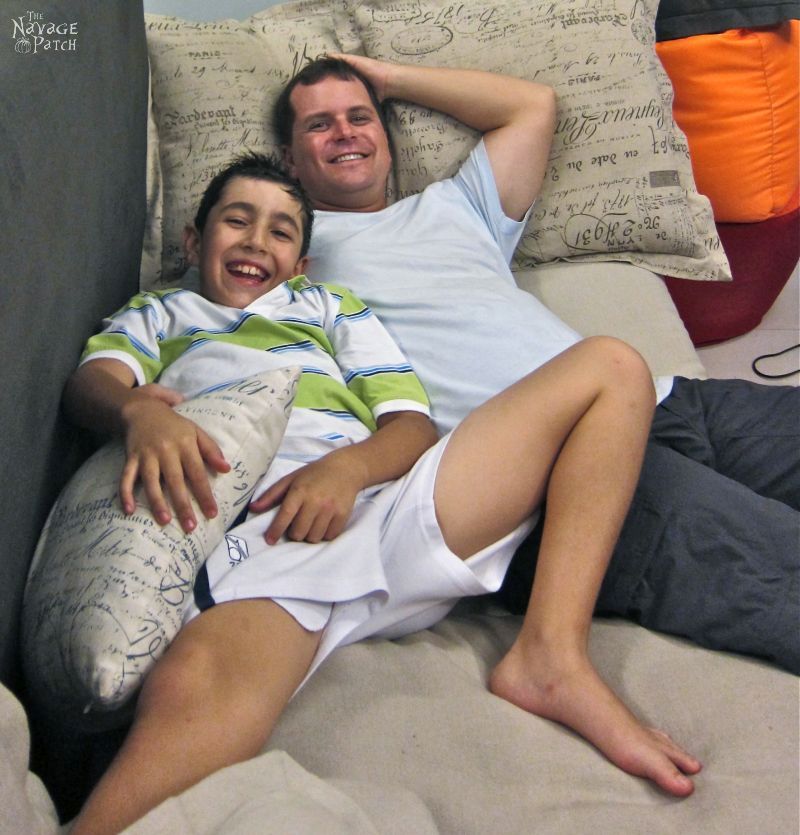 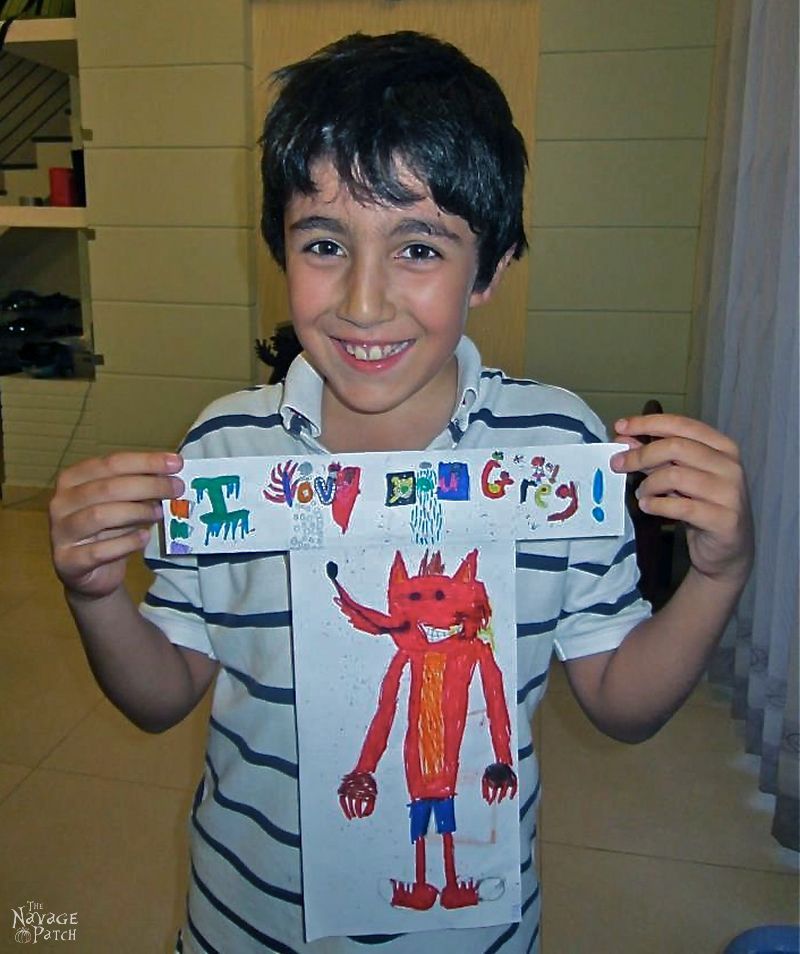 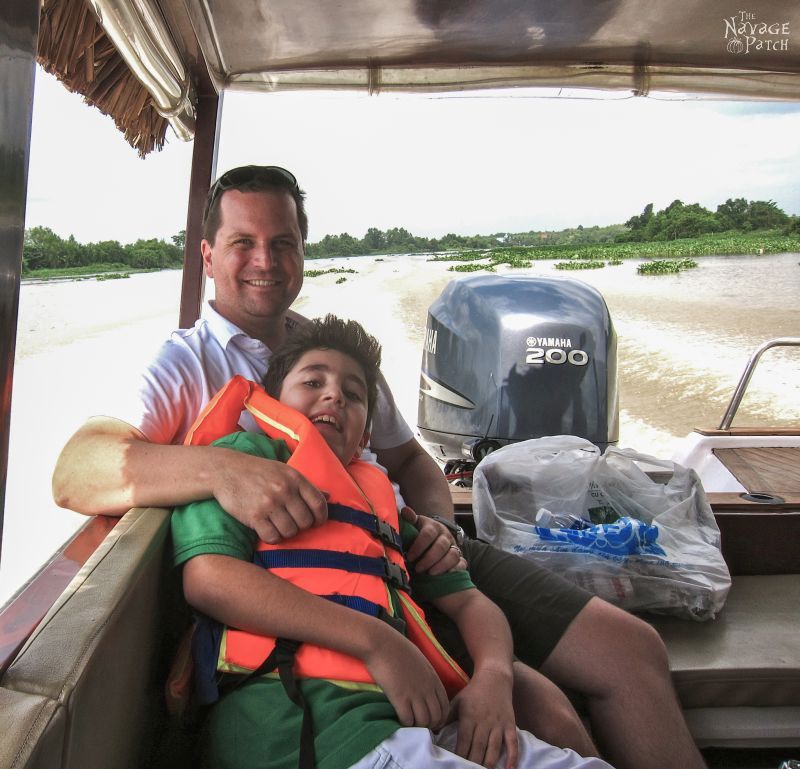 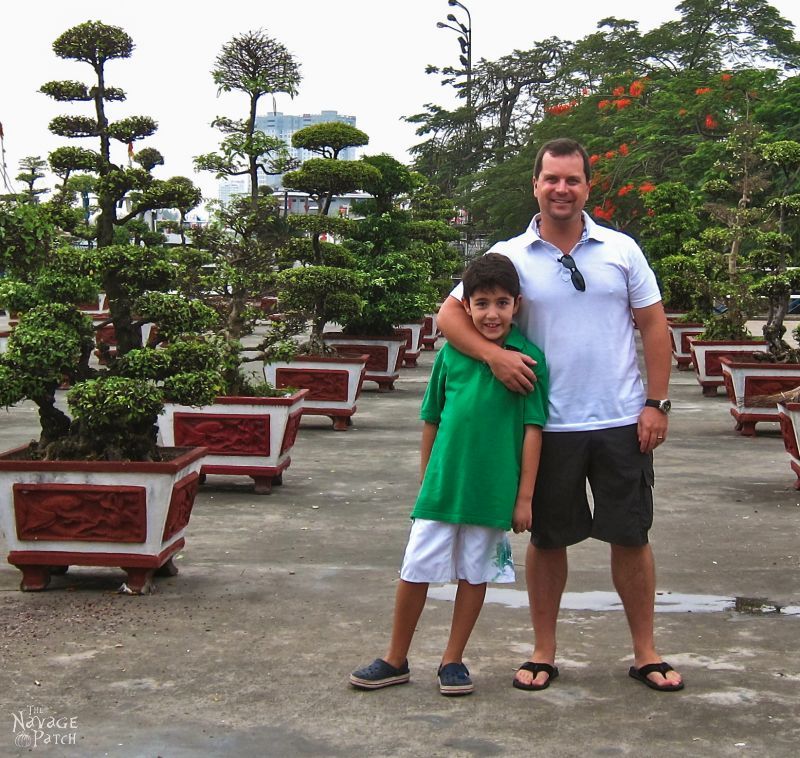 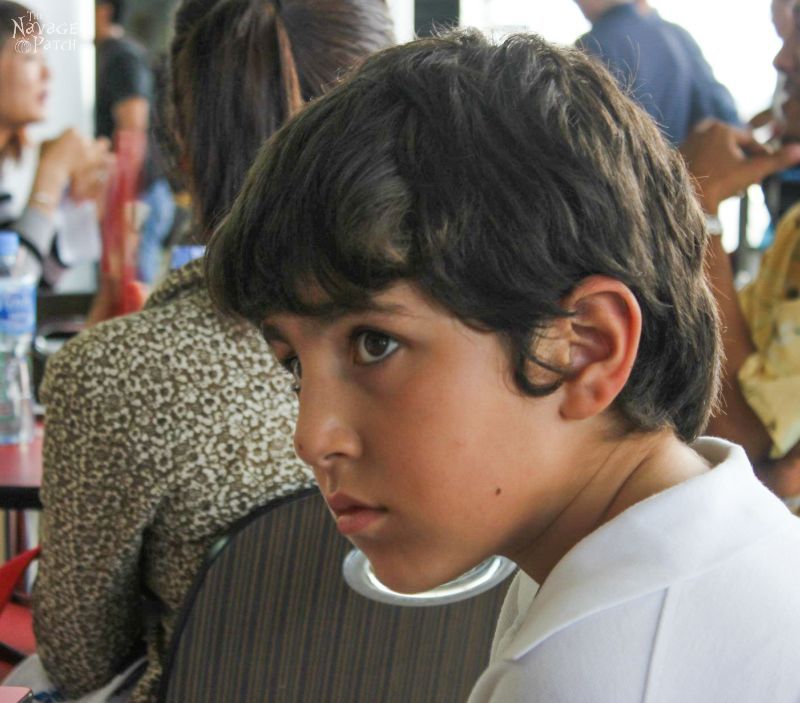