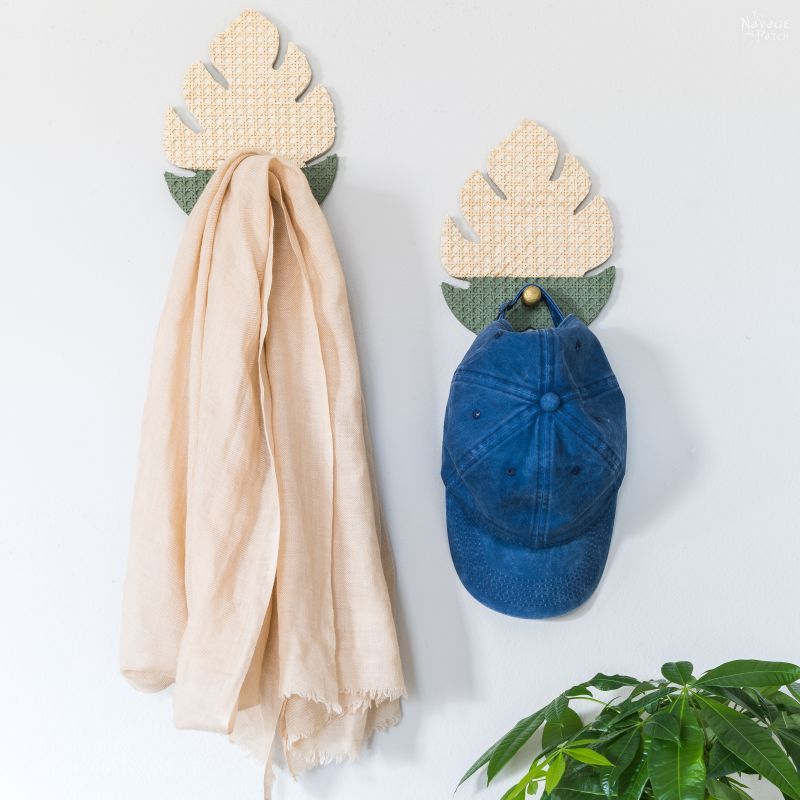 Home is where you hang your hat, right?

Well, if that’s the case, then this here Jax apartment only just became a home, because I didn’t have a place to hang my hat before today!

I know, I know, the post title says it’s for DIY “coat hooks,” but seriously, have you been here before?? Florida, I mean? It’s in the mid-80s outside! I don’t need no steenking coat!

I just looked up the Florida definition of “chilly:” mid-60s.

Madam, I can strut around in my birthday suit in the mid-60s and still be warm enough to smile and sign autographs.

Of course, that would attract the attention of Jax PD and the local news crews as they try to wrap their heads around how in the world an albino manatee made its way onto Southside Boulevard. Then they’ll have to call in the marine biologists to figure out why the pasty white thing is standing alone on a street corner with lopsided grin on its bearded face and a pen in its chubby paw.

Anyway, my point is, if (on the off chance) I need to wear more than a loin cloth here in The Sunshine State, I will keep that garment tucked safely away in our micro closet near the front door. I certainly won’t have it out on display!

But a hat is horse of a different color! I have several, but only one of which my babes approves. So I guess that means I have one hat. And that one hat needs a place to live when it’s not riding atop my enormous melon.

So when my babes suggested I take the coat hooks she bought at Dollar Tree Plus and upcycle them with some of our leftover cane, I knew that they wouldn’t be “coat hooks” when I was done with them.

Hat hooks, for sure. Can’t have a home without a hat hook!

Leash hooks, why not? Penny can run free here – there’s no chance she’ll ever try to escape from Daddy. But Pepper? Oooooh, she’s a little red devil. If I let her off leash, she’ll turn Penny to the dark side, and they’ll both be off on a merry Jacksonville adventure while Daddy chases after them, huffing and puffing and sweating and swearing.

Scarf hooks, you betcha! Just note that I’m talking about the gossamer scarves that Handan wears to work sometimes – not the big honkin’ northern scarves meant to keep Old Man Winter at bay! I have more to say on this, though tangentially, but it has nothing to do with these cane coat hooks. Since some people get annoyed by my excessive rambling, I’ve moved the rest of my musings to the end of the post for those who care to read.

For those who don’t, let’s move right on into the action, shall we?

You can see the coat hooks that we got from Dollar Tree Plus in the picture below. They’re not terrible-looking, but a little plain with the this wood veneer and gold paint. We thought we could make them better – my babes wanted to give them the cane treatment, and after that, I suggested we put that two-tone back one…just with a different color.

The pegs came off easy enough – just a simple twist and a pull.

To get rid of the gold and to give a better-looking underlayer to the cane, I painted the leaf off-white, though regular white would also look good. As a side note, I also made one with a black-painted leaf, but it didn’t look as good as the two white ones.

By the way, since we’re now in a third-floor apartment and I can’t just wander out in my back yard at will to paint things, I picked up two Wager paint shelters – small and medium. I love them both! We still have an old Wagner (big size) from years ago that was a pain in the rumpus to assemble. It was like assembling an old-school camping tent. These new shelters are pre-made and collapsible. If you’re in the market for a spray tent, or if you’d like to paint but didn’t think you had the space, do yourself a favor and check out Wagner’s spray tents!

Back inside, I cut a piece of cane big enough to cover the monstera leaf.

I then traced around the leaf with a pencil so I’d know where to apply the glue.

I applied the gel super glue down all the vertical lines of cane. Super glue has some vicious fumes that can irritate the eyes and lungs, so I found it super helpful to have a fan to my right blowing air across to my left. Problem solved!

It’s hard to see, but all the vertical lines of cane have a bead of glue on them in the pic below.

I placed the leaf painted-side-down on the cane.

Then I carefully flipped the piece over and, working from the top down, I pressed the cane onto the leaf and sprayed it with accelerator. I used a popsicle stick to hold the cane in place, but anything flat will work. Just don’t use your fingers, because you will bond them to the cane, and that accelerator causes the glue to get pretty hot! Ask me how I know.

By the time I finished spraying, the cane was bonded to the leaf.

I used snips to cut around the leaf and trim away the excess cane. The smaller snips worked better than full-size scissors for this job.

Anything I couldn’t get with the scissors I cleaned up with the X-Acto knife. I then used the X-Acto to open up the peg hole.

Next I masked off the upper part of the leaf and painted the bottom with two coats of camo green spray paint.

And that’s it! A simple Dollar Tree upcycle!

Now I have a place to hang my babes’ wispy-thin scarf.

And I have a place to hang my hat!

But also remember, my babes is a woman in a man’s world. Now don’t jump down my neck – I’m speaking the truth here, and she’ll back me up. Engineering is still a male-dominated field. And it’s a well-known fact that men keep their office spaces colder than many women would like. When it’s hot outside, it becomes Women’s Winter in many offices. In Connecticut, then Atlanta and now in Jacksonville, my babes needs a blanket for her legs and some sort of light sweater for her upper body. At least it’s not as bad here as it was up North. In the Connecticut, she not only used a blanket while working, but she wore long underwear, two pairs of socks and she had a space heater under her desk.

Equality in the workplace starts with equitable sharing of comfort, it’s as simple as that. This also applies to marriages. I used to control the thermostat to my comfort points, which were always lower than Handan’s comfort points. It dawned on me how selfish that was, and over the years, I’ve been training my body to accept warmer and warmer temperatures. This meant higher heating bills in the winter, but on the flip side, it meant smaller cooling bills in the summer.

And it’s worked! Whereas the younger and dumber me would keep the house in the 60s year-round (and down to upper 50s during winter nights), I’m now keeping our Jax apartment between 79 and 80. That would have been unthinkable a decade ago! But my body has adapted, so I’m comfortable. And I know my babes is comfortable, as she’s not constantly shivering and reaching for blankets!