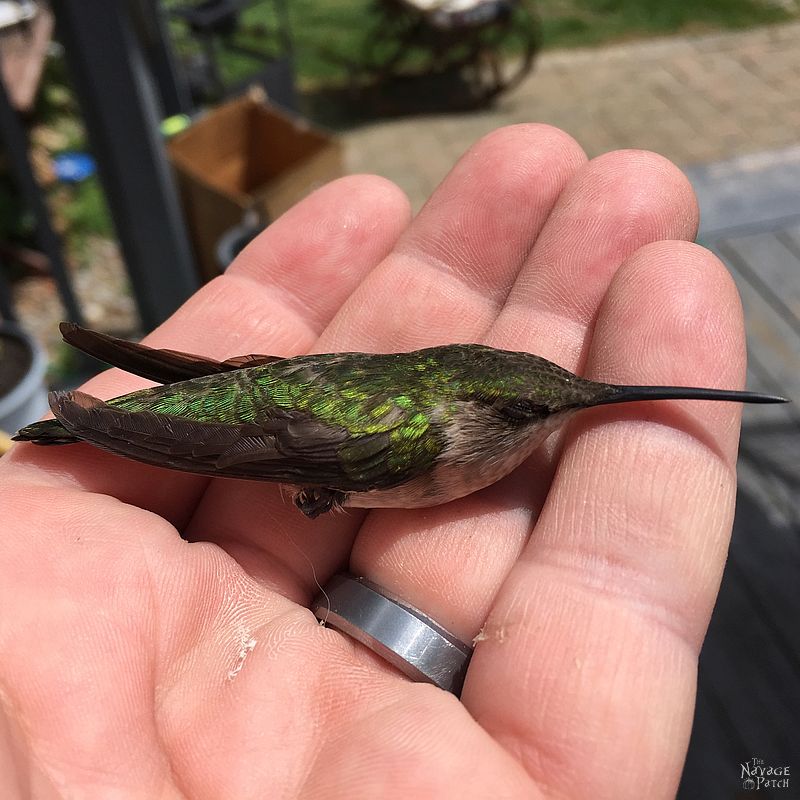 As I promised in my recent post, here is the video of the hummingbird I rescued from our house.

He flew in one morning while I was working outside. I had left the door open, as I usually do during the nice spring days. By summer, I keep the door closed to keep out the bugs and the heat, but I always forget about the hummingbirds in the spring.

I came back inside to the familiar buzzing sound of a hummer trying to escape. Usually they try to get back out from the nearest window, which makes them easy to catch. But this guy had flown right up to the living room ceiling 18 feet above, and nothing was going to bring him down. I saw this once before, but that little guy tired after about 10 or 15 minutes, and he flew down to perch on the counter, where I easily captured him and let him go. After 20 minutes, this little powerhouse hadn’t paused once!

Try as he might to peck through the ceiling, it was a simple matter of physics before he would be forced to land. Those little bodies can only store so much energy before the tank runs dry and they need to refuel with nectar or sugar water. I had my butterfly net in hand, thinking that he’d slowly make his way down to a counter or a piece of furniture. He never paused, and he never wavered in his effort until he used up the last of his energy reserves. One moment he was flapping for freedom, and the next, he was in a free-fall towards the floor. There was no in between. No gentle descent. Like a light switch, he turned off and fell.

I collected his tiny body from the living room floor. His chest was heaving, but his eyes were closed. He was passed out cold. I took him outside into the shade. There was a hummingbird feeder there, so I stuck his beak into the hole.

I waited a few minutes and tried again.

Still nothing. His eyes remained closed, and his little chest beat like a tiny jackhammer.

Clutching him loosely against my chest with one hand, I went inside and poured a small amount of sugar water into a small saucer. I took that saucer and the bird back out to the deck. This time, when I stuck his beak into the cold, sugary nectar, I got a response.

I reached into my pocket, grabbed my phone and started filming with one hand while the other tended to my little friend.

You can watch the rest in the video below. Enjoy! 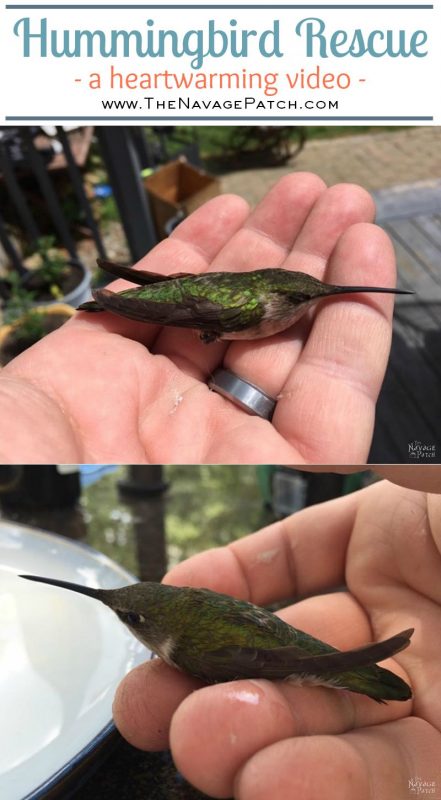