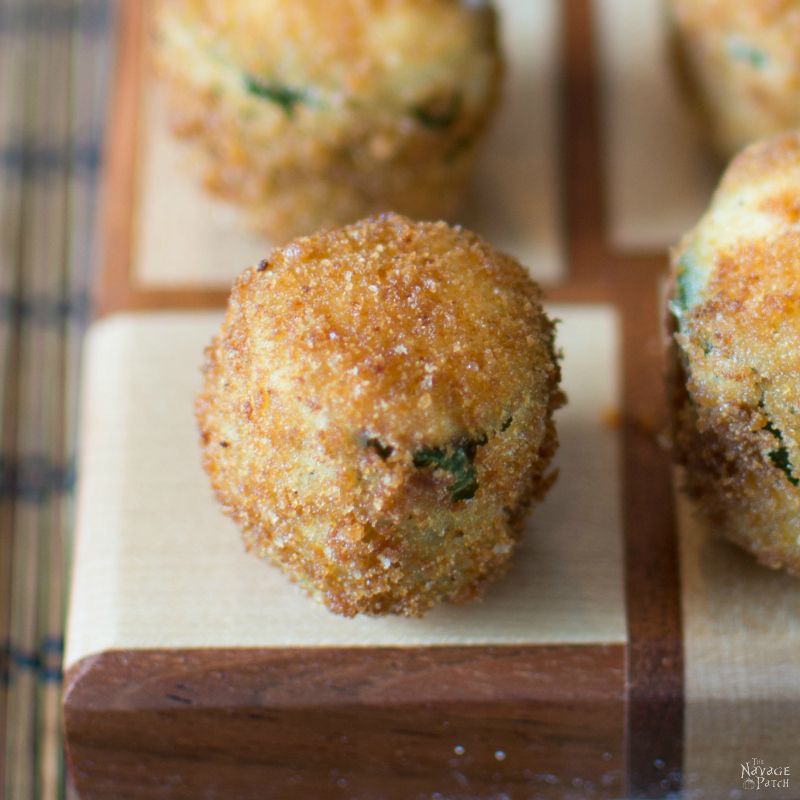 What’s better than jalapeño poppers? How about jalapeño poppers that don’t explode when you cook them and are loaded with bacon and chives? Try this recipe and be spoiled for life!

Lately I’ve been thinking a lot about jalapeño poppers. There are so many variations of this bar menu classic, but sometimes, simpler is better. I recently read a recipe on seriouseats.com that gave some good suggestions for poppers, so I’ve taken some of those suggestions and added some of my own. This recipe calls for peppers, cream cheese, bacon, chives and bread crumbs. I made about 16 peppers the other day, and they lasted all of five minutes. It was Handan and Barish’s first time trying jalapeño poppers, and they hoovered them up like a turbo-charged vacuum at a dirt-sucking convention. Printer-friendly recipe at end of post.

Time to put on some latex gloves. Trust me on this. There have been three times in my life that I’ve worked with jalapeños (or habaneros), not worn gloves, forgotten to wash my hands, then gone to the bathroom. You don’t want that kind of pain, I assure you.

For starters, we’re going to slice the peppers into rings. A jalapeño pepper is too big to pop all at once, so we’re going to make bite-sized pieces. Instead of cheddar or queso fresco, we’re going to use cream cheese – it is soft, it melts easily, and it will not release steam when heated like other cheeses. Escaping steam causes poppers to have messy blow-outs in the fryer. We want to pack that cream cheese in there nice and tight, making sure there are no air pockets – another cause of rupturing. (This pic was taken from a batch I made without the bacon and chives.) 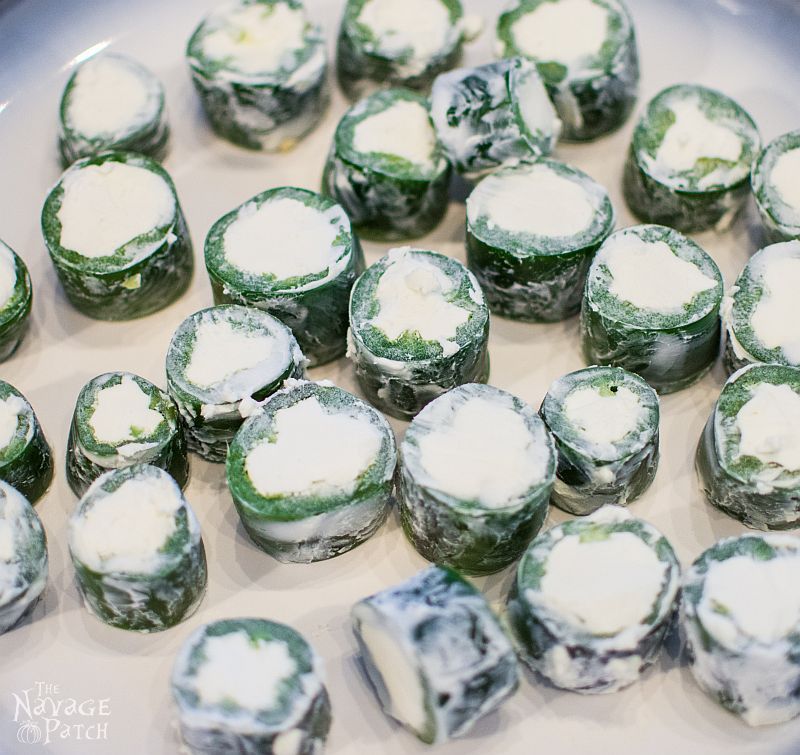 Don’t try to be neat with this process! We need the outsides of the jalapeño poppers to get coated with cream cheese. This is what the flour will stick to. Jalapeño peppers have slick skins that bread crumb coatings have trouble adhering to. A base of cheese and flour will help things stick. Once all the rings are stuffed with cheese, we’ll roll them in about 3/4 cup of flour. 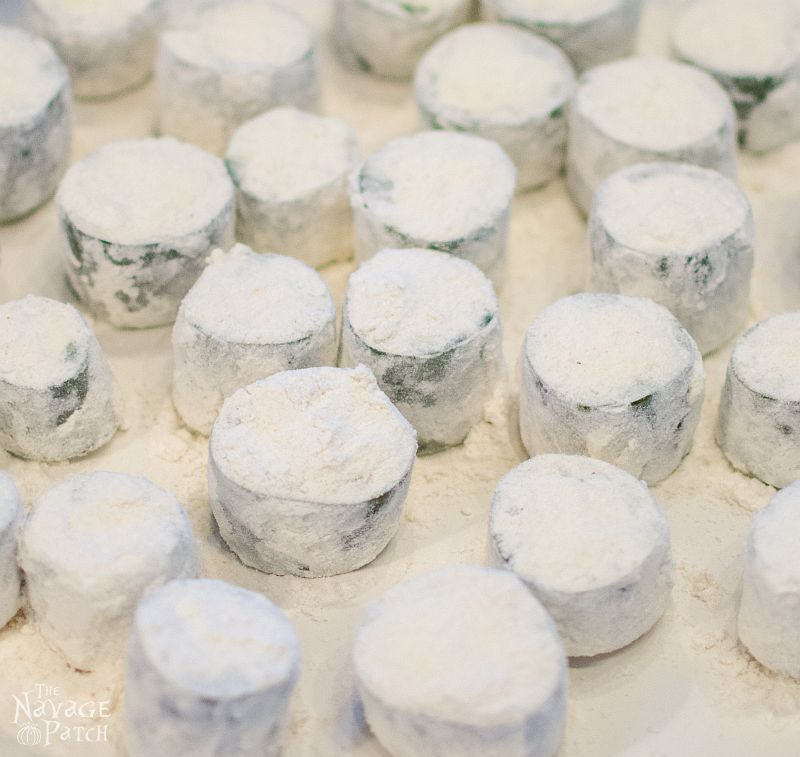 Then we’ll stick those poppers back in the fridge and let the cheese firm up again. When they’ve cooled down, we’re going to coat them with beaten eggs and shake them up with seasoned bread crumbs. Then we’ll do it again.

Next, the jalapeño poppers are off to a luxurious bath in 375 degree vegetable oil. Let them fry for a few minutes until they are golden brown. 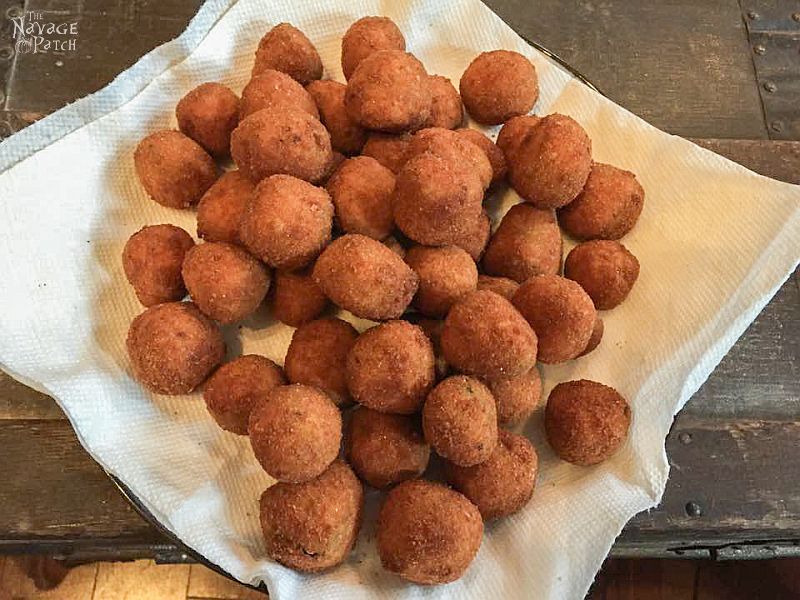 Give them a minute or two before eating. Sprinkle with additional salt, if necessary. 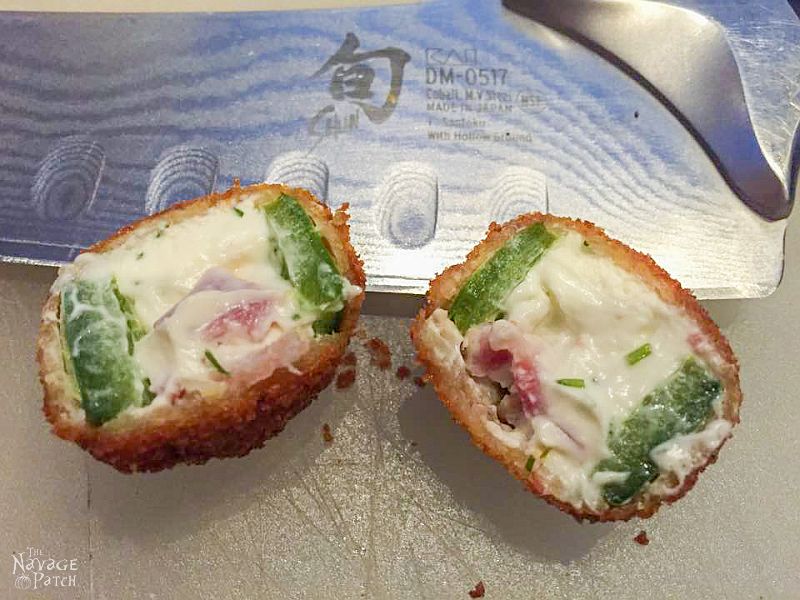 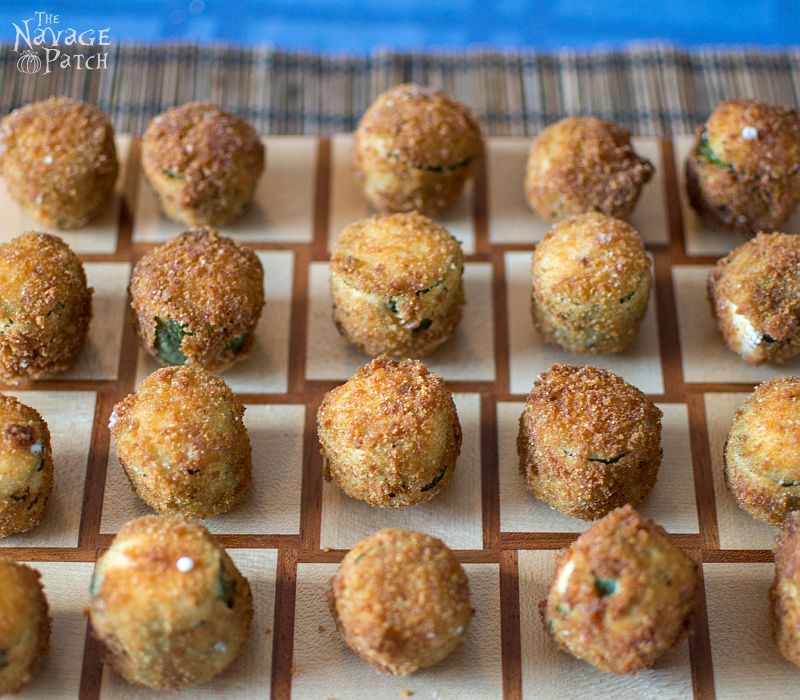 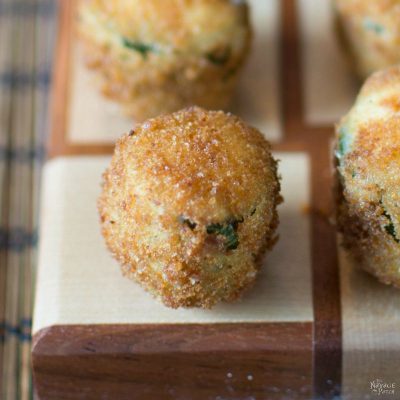 What's better than jalapeño poppers? How about jalapeño poppers that don't explode when you cook them and are loaded with bacon and chives? Try this recipe and be spoiled for life!
No ratings yet
Print Recipe Pin Recipe
Course Appetizer, Snack
Cuisine American
Servings 4 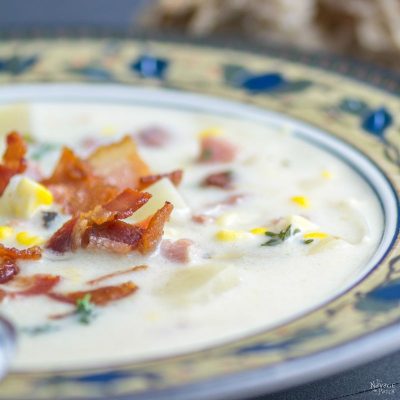 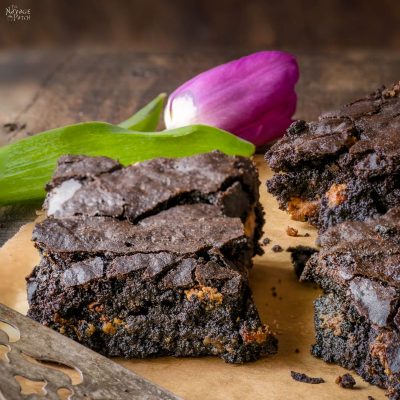 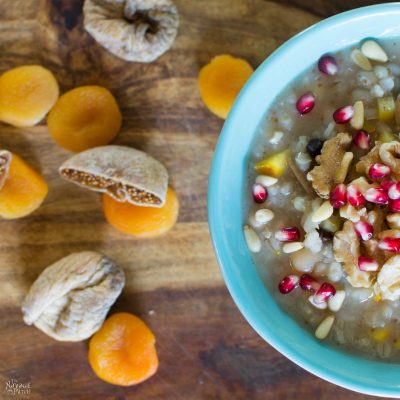 Ashure (Noah’s Pudding) – The Oldest Dessert in the World 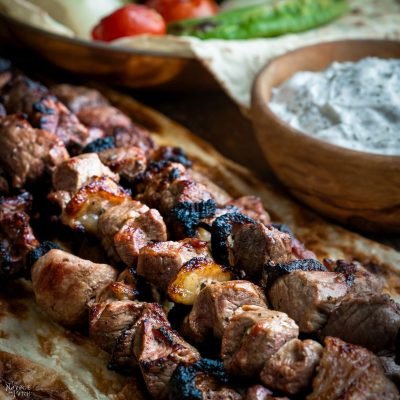 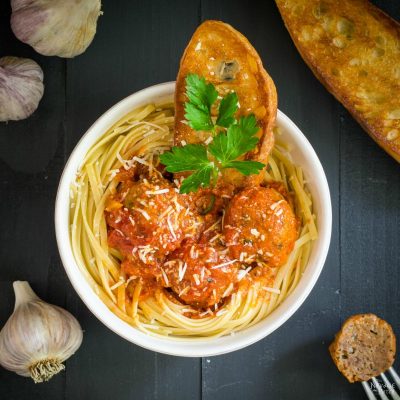 Perfect Meatballs in Red Sauce – The Best Meatball Recipe in the World! 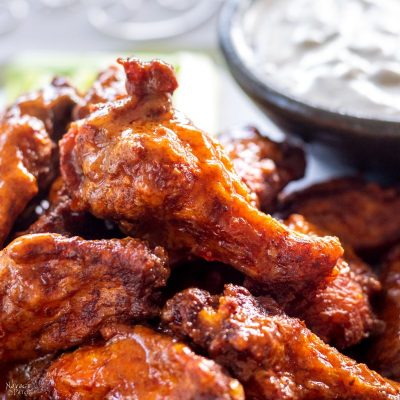 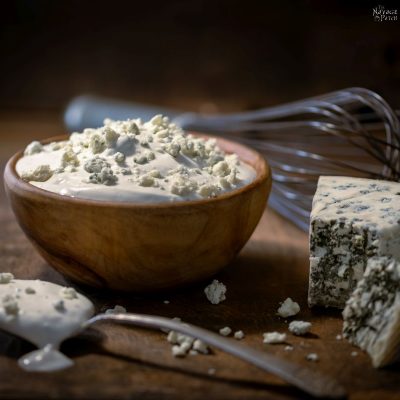 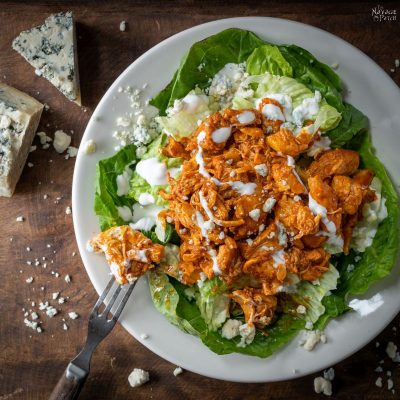