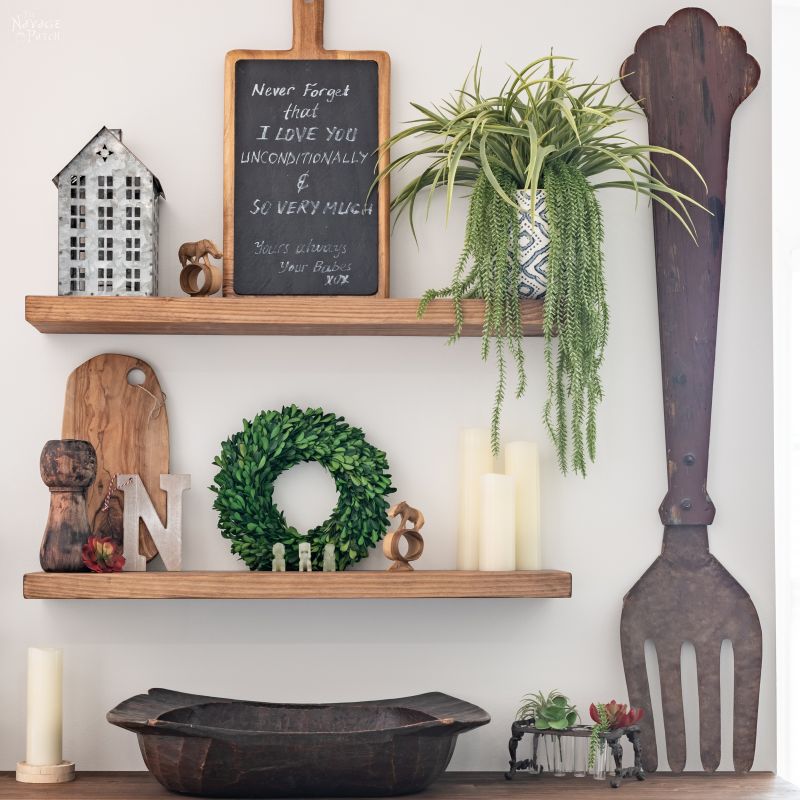 DIY Floating Shelves are easy to build, and their clean simplicity looks great on any wall. Brackets and lumber are all you’ll need!

It all Floats These Days…

Not content with the floating desk I built for our son, my babes has recently been yammering on (and on and on and on…) about floating shelves.

You know, before this summer, I was blissfully unaware of the entire “floating” ecosystem of furniture, and I felt like my life was pretty good despite my ignorance.

When did hardware become so uncool? I like hardware! The bigger, the better!

But apparently everything needs to stick straight out of a wall these days.

Okay, fine. I can play that game. Where’s my damn floating toilet? I’m tired of squatting over a ground-based toilet like some sort of grunting ape. I want that porcelain bowl to float before my eyes like a shimmering mirage in the Arabian desert!

While my toilet dreams remained unfulfilled (floating or solid gold – I would have taken either), Handan roped me into this DIY floating shelves project.

When it comes to me getting rope-a-doped into one of my babes’ harebrained schemes (I’m kidding, they’re always good projects), it always starts with one of two utterances.

“Does my babes know what he’ll be making for me? Hey? Hey? Does he?” I eyeballed her warily. Things could go off the rails quickly with her next sentence.

“Uhhhhh,” I said, articulating as best I could my feelings about the topic.

“He’ll be making me some floating shelves to go above the dog-feeding station! It’s so easy, my babes. I already bought the brackets!” Damn, she had this thing planned out.

As is often the case when my serene torpor is harpooned by the specter of impending physical work, I gave my babes the hairy eyeball, muttered something noncommittal and attempted to slip out of the room before she hooked me like a trout.

I cast a longing eye towards the sofa, and then I stole a glance at the refrigerator. So close, yet so far.

I knew when I was whipped, so I sighed the sigh I’d sighed a thousand sighs before, grabbed my keys and wallet and turned towards the door.

Okay, you’ll notice that the brackets come with drywall anchors. Don’t let this fool you. These brackets must be screwed into a stud. The problem is that the screw holes in the mounting plates are spaced 1 3/8 inches apart at the center.

Studs are 1 1/2 inches wide. That doesn’t leave a lot of room for error, especially if you’re using a piece of crap stud finder like those Zircons sold at Home Depot and Lowe’s. I have two of them (different models), and I had to turn the wall into swiss cheese by drilling test holes in order to find the studs.

More on that in a minute, but instead of risking two potentially weak screws driven into the edges of a stud, I decided that one in the middle and one in anchored drywall would be better. Okay, back to the Zircon…

I passed the same spot a dozen times and got a dozen different readings for the center of the stud – some of them wildly off!

In the end, I had to just drill a series of exploratory holes with a small drill bit across the wall. It was the only way I could be sure of anything.

I’m not the kind of simmering rage-pot who carries around a mental shit list, but if I did, Zircon would hold the number one spot. You build stud finders, for crying out loud! They literally have ONE job! GAH! What a dismal product failure!

I’ve since bought this stud finder. The entire internet assures me it is the best one in the universe. Time will tell, but I do have high hopes.

Update 2022: I’ve been using it since I wrote this post, and it indeed is the best stud finder in the universe!

Anyway, whether you use a decent stud finder or just engage in some serious drywall wildcatting, it helps to drill and explore on the level line you want to hang your brackets on.

This is best accomplished with a self-leveling laser level.

I’d never seen one of these gizmos before Carlos and Manuel (they work for Tony at Atlanta Custom Finishes) used one when they installed the backsplash tile in my new kitchen. Then the next day, San showed up to do some electrical and lighting work, and he had one, too!

The universe was definitely trying to tell me something.

After borrowing Manuel’s for this floating shelf project, I understood that the universe really wanted me to have one.

So I asked my babes.

And she said yes!

So I measured and marked along my laser line. I didn’t actually know how to use it properly at this point, so I only got a good vertical line. I ended up measuring off of that. But at least I knew that the vertical line ran up the center of a stud.

Once I had the brackets installed, I measured and marked the shelf. I had already made the bottom shelf. I didn’t take pics of that as I was trying to figure it all out myself.

Okay, using the bottom as a reference, I placed the top directly above it standing on its back edge.

I then scribed two lines on either side of the bracket with a pencil.

After this, I headed down to the basement for the real fun.

Shelves like this require a 1/2-inch-wide hole that’s 6 inches deep. Time to start boring some wood!

But first, a lesson.

Pay Attention to the Bracket!

Fortunately for me, the 8-foot board I bought divided into exactly three shelves. Handan only wanted two. That left an extra just in case I messed up.

I measured and drilled correctly, but I failed to notice that the bracket rod is not mounted in the center of the screw plate. I had drilled the hole in the exact middle of the thickness of the 2 x 10. Because of the small shift in placement, it meant that the bracket was visible when I mounted the shelf.

What kind of monster does this?

One shelf wasted, two to go.

To prevent this on the remaining boards, before drilling, I first placed the bracket on the board’s edge.

When I had it placed so the bracket was completely within the borders of the wood, I set my Kreg Multi-Mark to the midpoint of the rod. I then used that measurement to draw a line across the two lines I had scribed upstairs along the rod. This gave me the exact location of where I should drill. Please excuse the out-of-focus pic – my babes was playing around with portrait mode on my iPhone, and got a little too close. 🙂

Nothing left to do but drill!

For this job, I chose a 6 inch woodboring auger bit. It has a little pointy screw top to make starting the cut a breeze.

Now, the key here is to drill straight into the board – no loosey-goosey left-right or up-down. To help with the left-right sway, I used a trim square.

Fortunately my drill has a built-in level to help with the up-down drift. If your drill has no level, just take your best guess or have someone else eyeball it from the side.

Or, if you’re feeling saucy and don’t mind tossing a few more bucks at the project, get yourself a doweling jig.

These woodboring drill bits take some getting used to. They grab hold and plunge right into the wood, taking you along with them. They are fast and efficient, though!

I repeated this on the other side.

After drilling the holes, I took the shelf upstairs to make sure it fit.

Next, I applied pre-stain and let it sit for 30 minutes, after which I stained them with Minwax Special Walnut.

If you wish, you can follow up with a few coats of polyurethane.

I skipped that step, as Handan was frothing at the mouth to have these damn floating shelves installed, and I feared for my safety if I didn’t deliver the goods ASAP.

Step 8: Install the Shelf on the Brackets

When the stain had fully dried later that day, I installed them for my babes. She wouldn’t even wait until the next day!

And here they are – genuine DIY floating shelves!

My babes finally has a place to display the Halloween gnomes I’m making for her. Stay tuned for that post coming real soon!

What do you think? Will you be trying this in your home?

Now that she has her floating shelves, I wonder how long it’ll be before get my floating porcelain throne? 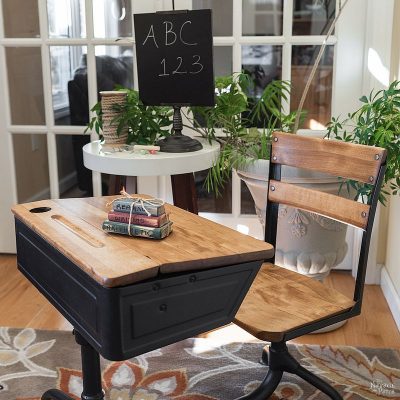 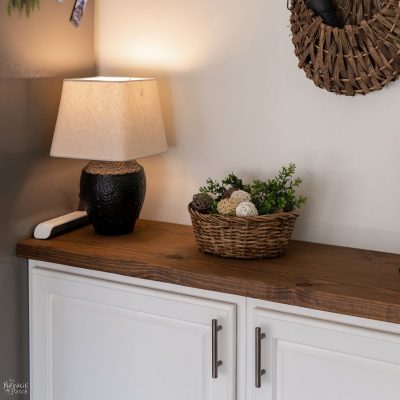 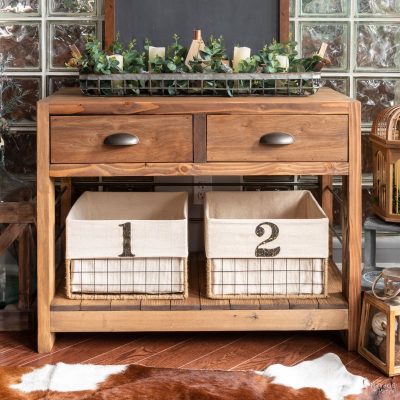 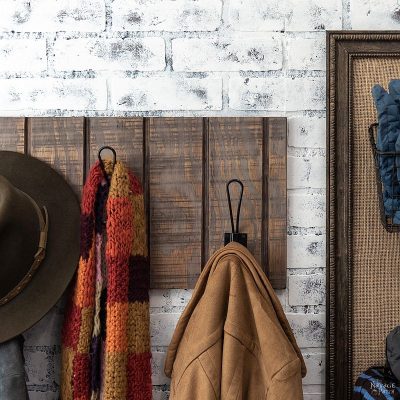 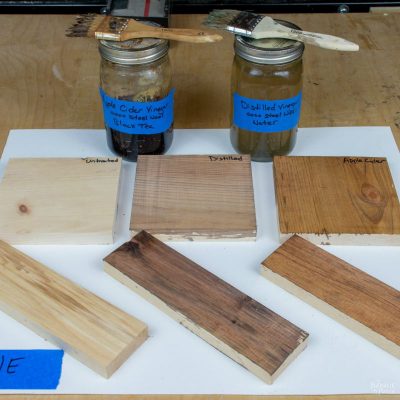 How to Age Wood with Vinegar and Steel Wool 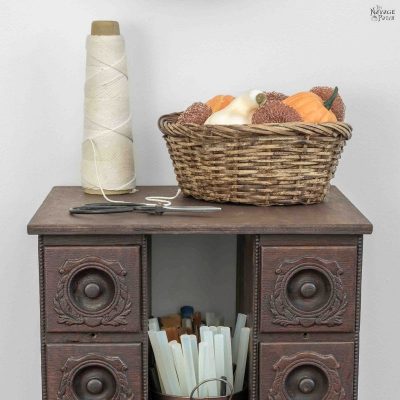 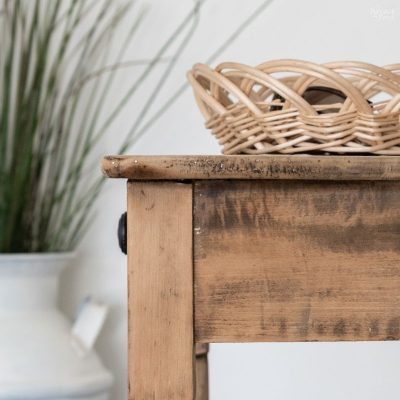 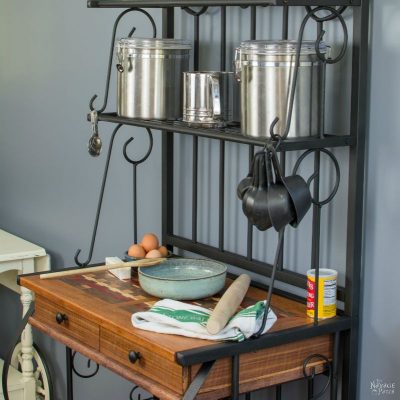