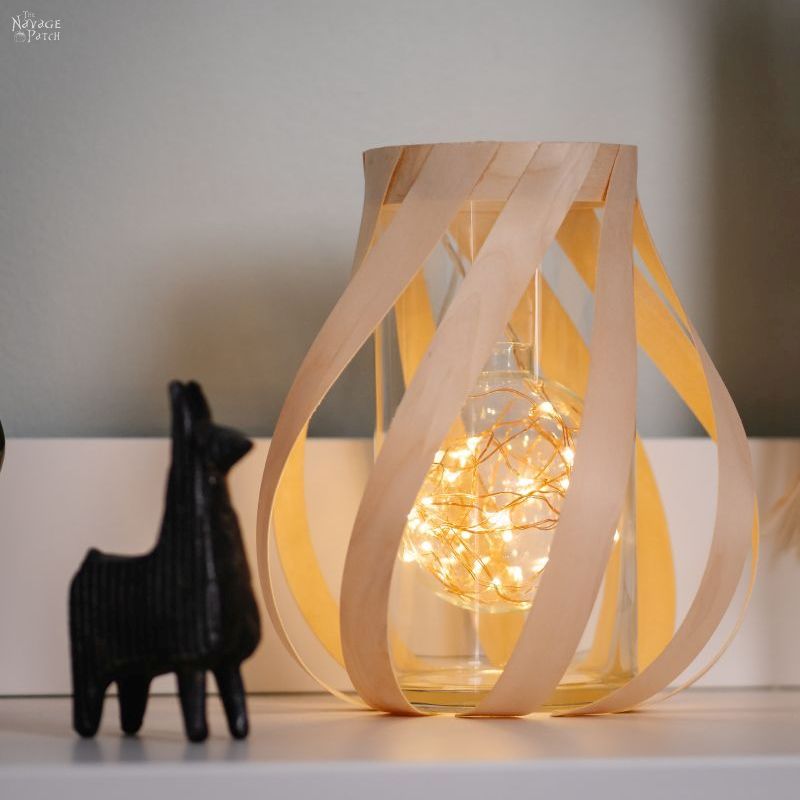 This beautiful and elegant DIY wood veneer lantern is made from a simple Dollar Tree vase and wood veneer edging.

Okay, look, this was never supposed to be a blog post. I just want to clear that up right away. So if there are some missing pictures, don’t get all Judge-y Judy on me, alright?

Sometimes we make stuff only for Instagram – usually in the form of short videos called Reels over there in IG world. So if you only follow us here on this patch of internet we control, you may also want to check out what we do over there in Zuck’s back yard. It’s a vast and roiling utopia of fabulous fame, fantastic fortune and filtered phonies. Click here to follow us there.

Anyway, I was saying that we made this wood veneer lantern for our Instagram crowd (another fine bunch, but surely, madam, not nearly as fabulous as you), and we had no plans to blog about it.

You have spoken (well, written, to be more precise), and we have listened (or read, if you want to be all technical about it). Your wish is our command, enquiring madam! You want a blog post, you get a blog post!

So forgive the video-captured photos as I dismantle the Instagram Reel to present you with our wood veneer lantern tutorial.

Veneer edge banding is mostly used to hide the layered edges of plywood, but we’re finding it’s great to craft with, too!

I started by cutting a length of veneer the same as the circumference of the vase.

Next, I applied super glue to the inner side of the veneer.

Then I wrapped the veneer around the top edge of the vase. This top band serves two purposes – 1) it’s a better anchor point for the upcoming veneer strips than plain glass and 2) it looks good!

There’s nothing necessarily hard about gluing a band around a vase, but because nature saw fit to hobble us with only two hands, clamps make the job even easier. I put one mini clamp right in the middle.

Then I turned the vase and wrapped the rest of the veneer towards me, securing each end with a clamp.

Since gel super glue takes a relatively long time to set, I sped up the process with accelerator.

All banded and ready to go!

I cut 8 pieces of veneer – each 9 inches long with a 45-degree angled cut on one end.

I put super glue on the angle end of the veneer.

And then I pressed it against the veneer band, making sure the top edges were lined up.

I added the next piece directly across from the first piece. Then I added pieces of veneer between those first two.

I added the second 4 pieces in between the first 4, and the flipped it over to start gluing the bottom. You can see in the picture below I attached them.

I put super glue on the end.

Then I pressed it in place.

Then, holding it in place with the back of a clamp, I sprayed it. This was to prevent bonding my finger to the vase, which may or may not have happened before I thought to use the clamp technique.

After I finished gluing the last of the veneer strips in place, I inserted a string of fairy lights into a glass ornament and placed the ornament in the vase. As luck would have it, the ornament wedged itself halfway down the vase, so it looks suspended in air.

And that was it! A simple lantern made from humble materials, but it looks fantastic!

I hope all you fine madams of Instagram liked the more in-depth tutorial, and for our readers who don’t do the ‘Gram, here’s the Reel that started it all.

It looks great sitting atop our IKEA linen cabinet with the custom DIY cane weave doors! 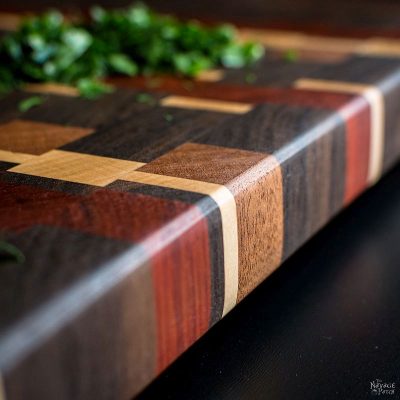 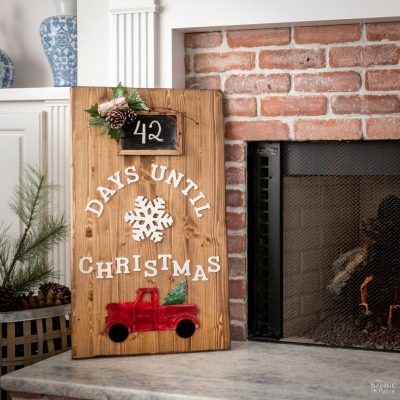 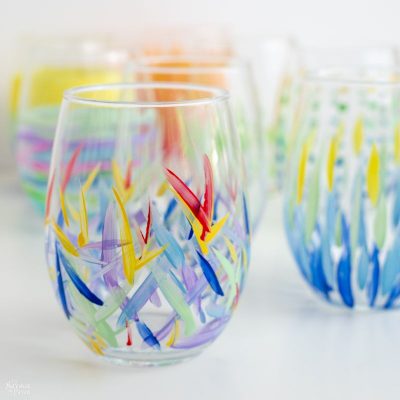 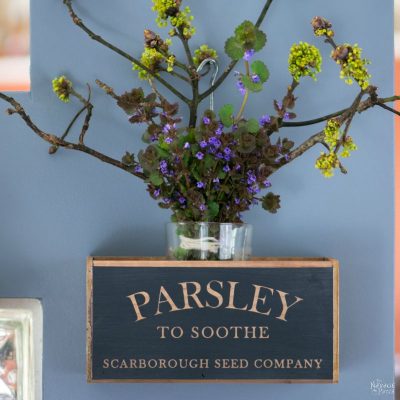 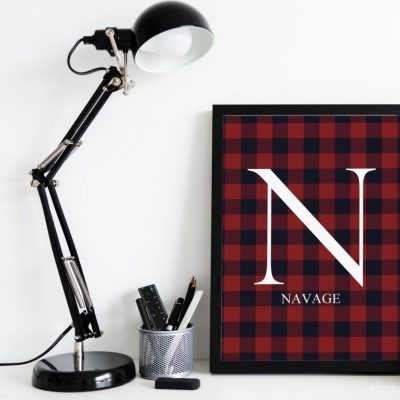 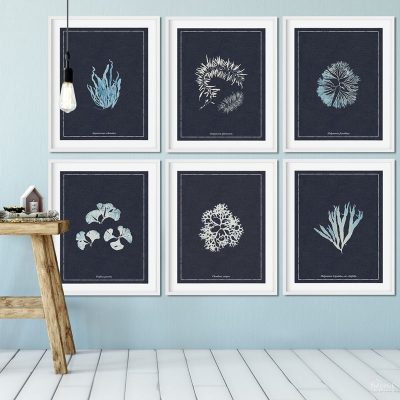 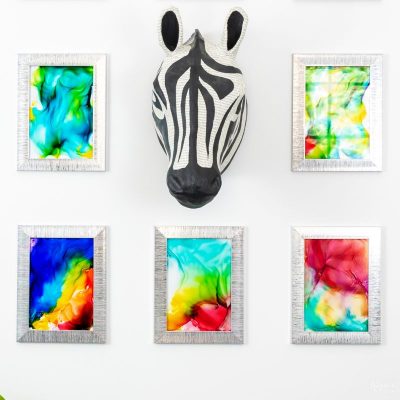 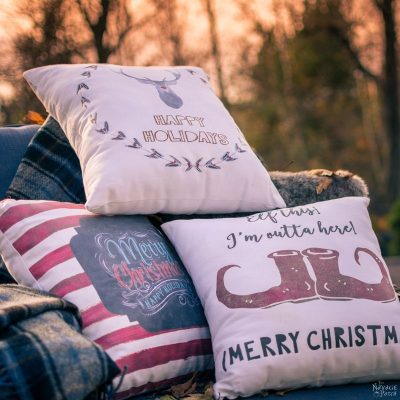